What to expect in Malaysian politics in 2020?

Previous Next
What to expect in Malaysian politics in 2020? 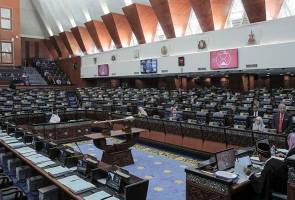 Getting cabinet members reshuffled is one of the Malaysians’ wishes.

Me too, I really want some of the dysfunctional anointed ministers to be removed as soon as possible before things they do get worse.

Some of the federal ministers, including their deputies, have been demanded by majority of us to be substituted with other elected politicians or even prolific professionals who are respectfully known of having excellent records in their fields.

Undeniably, there are ministers who are deserved to remain alive in the line up. To me, Saifuddin Nasution is one of them.

I personally gauge a minister based on how he or she responds to questions shot to them in the House of Representatives.

The Consumerism minister hasn’t spoken in the lower house like a 10-year-old pupil who is forced by the teacher to read a sentence in textbook.

Azis Jamman, a man of Warisan Sabah, is my pick for the category of “reliable deputy minister”.

He did always represent his boss Tan Sri Muhyiddin Yassin in the Parliament for verbal-question session, and he seemed to be highly responsive on issues, especially critical ones, that closely relate to police and immigration.

I have to admit that it’s unfair to just evaluate ministers based on their sweet talks in the Parliament, but ministers who are elaborative and knowledgeable in every word they say defines that they are cognisant of their ministerial responsibilities.

But in the end, they have to walk what they have talked—they need to be realistic, and being realistic of making what they said happen is their main KPI that will always be monitored by us, the rakyat.

So, in 2020, which ministers you wish to be thrown away from the Dr Mahathir’s cabinet line-up?

Or it won’t be made a reality until the former deputy prime minister Anwar Ibrahim succeeds the Pakatan Harapan’s number one chief?

I hope it won’t happen. I pray that it would never happen.

There have been a political gossip saying that an “unity government” had been planned as there were some characters alleged of silently orchestrating the ‘storyline’.

What does having an “unity government” actually mean when voters had already chosen four-party Pakatan Harapan and its ally Warisan Sabah to be this term’s government?

Which political parties are said or scripted to be joining that “unity government”?

Democracy must be respected by accepting the fact that defeated political parties must bow to people’s decision on the ballots.

Any attempt of disrespectfully shaping new political alliances with an objective of exterminating certain political characters must not be corroborated by every elected parliamentarian.

The government’s focus is just one—the people’s sickening well-beings must be mended.

The government must be checked and balanced by the opposition, and the still-loyal opposition MPs must also ensure that their existence is just about opposing the government’s DOs for the betterment of this land and its people.

I hope more non-political individuals, especially youths will be appointed to be senators.

To Minister of Youths and Sports Syed Saddiq, #youthpower that you have been lauding must now be translated into fighting for more senatorships awarded to non-political youths with  idealisms and spirits to serve for the societies.

Young writers, tuition tutors, filmmakers and even food entrepreneurs who are so-called unheard talents that can be eyed on by Syed Saddiq for the 2020’s selection of senators.

The Upper House of Representatives or Dewan Negara needs loud and fresh voices to debate on national issues and policies that are in need of sharp criticisms and constructive defences.

Whatever is tabled in the parliament, especially controversial laws, must be passed with intellectual mind battles with no chaotic mouth fighting.

That must be finalised and gazetted so that “who will be the next PM” won’t longer be a missing puzzle in the Malaysian politics.