Wet weather forecast to last till end of July

Previous Next
Wet weather forecast to last till end of July 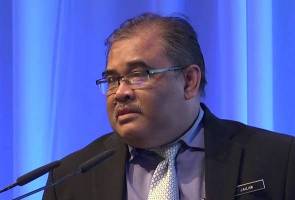 KUALA LUMPUR: Do not leave home without your “brollies” (umbrellas) or raincoats.

As for the floods that hit several parts of the peninsula today, Jailan told Bernama that this was due to northeast and southwest winds converging into each other in the north and likewise between southwest and southeast winds in the south, coupled with high tides in the morning.

He warned of likely stormy weather along the west coast of the peninsula in the morning and the same in the interiors of Perak, Selangor, Johor, Pahang, Kelantan, Sabah and Sarawak in the afternoon.

He advised people living in flood prone areas to safeguard their important documents and be ready to be evacuated if needed.

More weather information can be obtained at MetMalaysia’s official website and social media sites or by calling ‪1-300-22-1638‬ or downloading the myCuaca application.