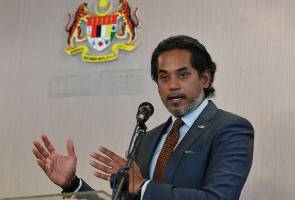 KUALA LUMPUR: Malaysia is awaiting approval from Apple Inc. to address the MyTrace application access issue, which is used to monitor public movements for contact tracking purposes in an effort to curb COVID-19 transmission.

Science, Technology and Innovation Minister Khairy Jamaluddin said the issue with the iOS version was not due to an app maker but at the Apple Inc. level.

According to him, the MyTrace application requires permission to use the Bluetooth function to operate normally.

“As of now, the application only works in the foreground and will stop when users switch to another application,” he said in a “Cerita” programme here on Monday.

Commenting further, Khairy explained the issue was not only in Malaysia but also in other countries.

“I was informed that Apple Inc is working with Google to resolve the issue.

“Hopefully it will be completed in the near future and Apple Inc can update the application not only in the background but also in the foreground,” he said.

Despite that, he said Android-based mobile phone users did not face the problem and could download the MyTrace app on Google PlayStore.