Unemployment issue to be discussed in Parliament today

Previous Next
Unemployment issue to be discussed in Parliament today 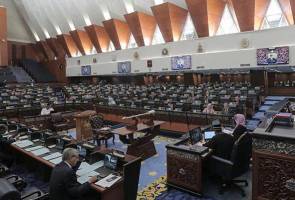 KUALA LUMPUR: The issue on unemployment is among topics to be discussed in the Dewan Rakyat sitting today.

According to the Order Paper on the Parliament website, Datuk Seri Anwar Ibrahim (PH-Port Dickson) is scheduled to ask Minister of Human Resources about the projection unemployment rate and the estimated number of unemployed people in the country until end of this year.

The opposition leader will raise the question during the oral question and answer session, when he will also ask about measures taken by the ministry in overcoming the increase in unemployment rate.

Meanwhile, Datuk Mohd Nizar Zakaria (BN-Parit) is expected to ask the Minister of Housing and Local Government Ministry on the abuse of business licenses issued by local government authorities, such as traders selling or leasing the licence to foreigners, and on the ministry’s strategy to stop the practice.

The Parliament sitting, which enters its fifth day today, will also continue the debate on the motion of thanks to the royal address by the Yang di-Pertuan Agong.

The current Dewan Rakyat sitting, which is for 25 days until Aug 27, is conducted in a new normal by adhering to the stipulated standard operating procedures (SOP) to curb the spread of COVID-19.