Previous Next
Tying the knot: New normal for non-Muslim couple 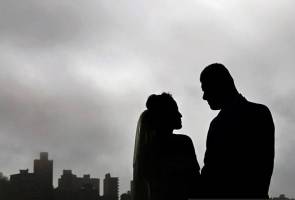 KUALA LUMPUR: Non-Muslim couples can now breathe a sigh of relief as the government has allowed them to tie the knot during the Recovery Movement Control Order (RMCO).

What is interesting is that not only they will embark on a whole new life with their sweethearts but will also experience it in a different environment by adhering to the government’s standard operating procedures (SOPs).

Similar to ceremonies at mosques, those attending wedding ceremonies at houses of worship and religious association premises are not allowed to shake hands, and are required to wear face masks, practice social distancing and take body temperature.

Attendance at such events should not exceed 20 guests, including the assistant registrar of marriages.

Despite the easement, wedding receptions which involve big crowds in public halls and hotels are still prohibited throughout the RMCO.

Wedding industry players are among the hardest hit as their source of income has been lost since the implementation of the Movement Control Order (MCO) on March 18 as they can no longer offer their wedding-related services.

However, there is still a glimmer of hope for those who wish to hold a festive event, as wedding organisers and consultants are encouraged to submit their proposals for SOPs to the National Security Council (MKN) and Ministry of Health (MOH).

Senior Minister (Security Cluster) Datuk Seri Ismail Sabri Yaakob who suggested the matter on June 13, said that starting with the allowance for marriages to be conducted online, and then followed by face-to-face ceremonies with a maximum of 20 guests now, he believed that wedding receptions would be given gradual relaxation provided that the proposed SOPs were approved.

As such, the special day of the couples who have been waiting for more than more than three months has finally come to fruition, provided full compliance of strict SOPs is observed.