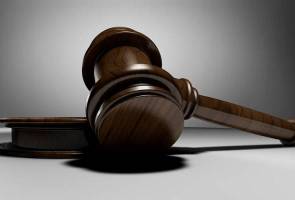 PUTRAJAYA: The Department of the Environment (DOE) and the National Water Service Commission (SPAN), in collaboration with the Sepang Land and District Office, will open an investigation paper against parties responsible for illegal disposal of sewage sludge in Bukit Damar, Cyberjaya.

If found guilty, they face an imprisonment for up to five years, or maximum fine of RM10,000, or both, it said.

The ministry said investigations were also conducted to prosecute those responsible under Section 50 (1) of the Water Services Industry Act 2006 (Act 655), which provides a fine not exceeding RM300,000 or imprisonment for up to three years or both, upon conviction.

According to KASA, it received complaints regarding the illegal disposal of sewage sludge at Bukit Damar, Cyberjaya, at 4.30 pm on June 6, following which the area was sealed to prevent tresspasing and tampering of evidence.

“The location of the area involved, which is isolated, is believed to have prompted the parties concerned to carry out illegal waste disposal activities there.

“Based on checks by SPAN, the site is not registered for sewage waste disposal and the contractor involved is believed to be operating without a valid permit,” it said.

It said the ministry viewed seriously cases on environmental pollution, especially with the country still plagued by the COVID-19 pandemic and with the Conditional Movement Control (Order (CMCO) still in force.

“Strict enforcement will continue to be conducted to ensure the environment and source of water supply continue to be protected from pollution,” it said.

KASA thanked quarters who lodged the complaints and urged others with information on environmental pollution to lodge their complaints through the WhatsApp app at 019-9863247 or call toll-free numbert 1-800-88-2727.