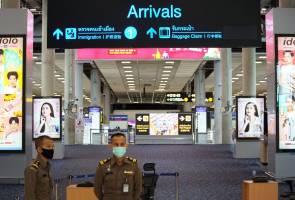 BANGKOK: Thailand expects to delay plans for so-called travel bubbles given a resurgence in coronavirus infections in countries that had managed to contain the initial outbreak, a senior official told Reuters on Wednesday.

Thailand partially lifted a three-month ban on foreign visitors this month and had been planning to further boost tourism, a key contributor to its economy, by creating travel bubbles later in the year with countries like Australia, New Zealand and Hong Kong that had managed to contain the virus.

“We adjusted our forecast for foreign arrivals this year to 8.2 million from 10-12 million,” Yuthasak said.

Thailand recorded 6.7 million foreign arrivals in the first five months and is allowing business travelers and tourists seeking medical treatment to enter for the rest of the year.

The government this month will roll out a $722 million domestic tourism stimulus to boost revenue.

Thailand on Wednesday marked 44 days without a local transmission. It has reported total 3,197 virus infections, with Thai nationals returning from overseas accounting for new cases.