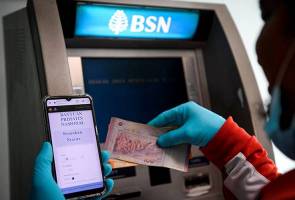 PUTRAJAYA: Applicants whose application for Bantuan Prihatin Nasional (BPN) have been rejected can make an appeal by submitting supporting documents to prove that they’ve lost their jobs or their income has reduced, said Inland Revenue Board (IRB) chief executive officer Datuk Seri Dr Sabin Samitah.

He said in a statement today that the appeal can be made via e-mail to the IRB ([email protected]) or by going to any IRB office.

Those who were rejected for other reasons, including applicants/couples having companies registered with the Companies Commission of Malaysia (CCM), could appeal by presenting supporting documents to prove their latest income total, he said.

Sabin said the period for BPN aid appeals had been extended until May 31 and that IRB offices would be open from either tomorrow (May 11) or Tuesday (May 12), depending on the working days of the respective states.

“All appeals will be given due consideration to ensure only those that meet the BPN requirements will receive the aid,” he said.

Sabin said one of the main reasons applications were rejected was because applicants had earnings which exceeded the eligibility criteria, while other reasons included non-compliance with certain conditions, such as age eligibility and full-time student status.

“For example, 240,465 applications were received from full-time students despite them not being eligible for the BPN aid because they are already getting the RM200 one-off payment for students of institutions of higher learning,” he said.

For more details regarding BPN, visit the official IRB website at https://bpn.hasil.gov.my.