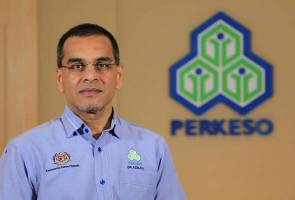 He said the applications, which involved 2.2 million workers, were mostly from employers in the micro industries and small and medium enterprises (SMEs).

“Within one month of its introduction on April 1, Socso received 248,216 applications from employers involving 1.98 million workers,” he said as a guest on Bernama TV’s Ruang Bicara programme here yesterday.

He welcomed the government’s decision to extend the PSU by another three months, saying companies especially SMEs still require financial assistance to further stabilise their operations.

“This is so that they would not take drastic measures like laying off workers,” he said.

Meanwhile, commenting on the upgrading of the Socso job portal which has been announced in the National Economic Recovery Plan (PENJANA), he said everyone can access the portal for free and also to receive assistance on job search and training.

“The portal, under the Employment Insurance System (EIS), has been established for quite some time to help workers who lost their jobs. We upgraded the portal so that not only Socso contributors or those under the EIS but also fresh graduates, the unemployed and the like can use it.

“Those staying in areas lacking internet access do not have to worry because they can go to the Rural Internet Centres (PID) in their area and the PID operators trained by Socso will help them to use the portal,” he said.

Responding to public concerns over possible duplication with similar private portals, he said it is not an issue as the focus of Socso is to help employers to find workers and job seekers to look for a job.

On Friday, Prime Minister Tan Sri Muhyiddin Yassin unveiled PENJANA, themed Building the Economy Together, comprising 40 initiatives worth RM35 billion, aimed at empowering the people, boosting businesses and stimulating the economy, of which RM10 billion is a direct fiscal injection.

Meanwhile, in a statement yesterday, Mohammed Azman said Socso would relax some of the conditions under the PSU so that the programme could be widened to help the government stabilise the labour market in the country.

This includes allowing employers to reduce their workers’ work hours or salary with mutual agreement.

“Socso will also expand its coverage and focus on the Employment Retention Programme (ERP) for workers who agree to take unpaid leave, specifically for businesses prohibited from operating during the Conditional Movement Control Order (CMCO) as well as tourism-related sectors such as airlines and hoteliers,” he said.

Mohammed Azman said to promote social security protection to all, Socso would implement the Matching Grants programme for gig economy workers with an allocation of RM50 million which would benefit about 30,000 workers.

This programme will provide a matching grant at a ratio of 70:30 or approximately RM162.96 for every worker for work-related accident protection under the Self-Employment Social Security Scheme.

To help job seekers and employment matching, Socso will make use of the national employment service, MyFutureJobs, to allow its career counsellors to provide individual support to job seekers, especially those who are vulnerable.

“All of these initiatives will be implemented from June 15, 2020. Updates on hiring incentives will be uploaded to www.penjanakerjaya.perkeso.gov.my,” he said.