Previous Next
Smooth traffic on last day of interstate travel 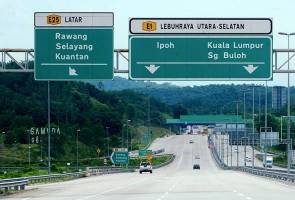 KUALA LUMPUR: The permitted interstate travel, now on its fourth and last day today, has in general seen smooth traffic between Selangor, Negeri Sembilan and Terengganu.

A Bernama look at various locations in Selangor saw smooth traffic flow despite the increased number of vehicles along major roads in Shah Alam.

At the Shah Alam Public Transport Terminal in Section 17, many people were seen lining up to buy tickets and boarding the buses as early as 8 a.m., and as of 10.30 a.m., 150 people had boarded the buses to go to their destinations.

The entry into the terminal was guarded by staff who imposed the standard operating procedure of the Conditional Movement Control Order (CMCO) which included checking the body temperature of anyone entering the premises and providing hand sanitiser liquid for the public.

Private sector employee Azmi Adlan, 22, said he used this opportunity to go back to his family home in Taiping, Perak after his employer placed him on no-pay leave until June.

“Maybe after Raya or next month when the government allows it, I will return here,” he said.

In Negeri Sembilan, a look at the interstate roads today found traffic flow to be smooth without a drastic increase in the number of vehicles at most of the toll plazas heading north or south.

Housewife Hazwani Mohd Bakhtiar, 26, told Bernama she was stranded for two months in her husband’s hometown in Rembau soon after the Movement Control Order (MCO) came into force on March 18.

“We could not go back home to Semenyih, Selangor. I am now grateful to the government because we can finally go back to our own home,” she said.

Terengganu Police Chief Datuk Roslee Chik said police in the state had set up seven roadblocks to ensure smooth traffic flow – two in Kemaman, one in Hulu Terengganu and four in Besut.

“People who are travelling to or from this state have to go through body temperature screenings because we have placed Health Ministry and Armed Forces personnel at every roadblock,” he said.

Civil servant Rosmardiana Malik, 36, said she and her husband Rostam Mad Zain, 43, are using this opportunity to return home to Kajang, Selangor, early this morning after being stranded for almost two months in Kampung Jelapang, Setiu following the MCO.

In the case of Mohd Khairul Ridzuan Pauzin, 29, the permission to travel interstate has given him the chance to go back to Kodiang, Kedah and fetch his wife, Nor Busyra Abdul Rahman, 31, who was stranded there, and then return to Kuala Terengganu.

“I started early at midnight from Kuala Terengganu in order to avoid the traffic congestion, and alhamdulillah, I had a smooth journey although there were several roadblocks,” he said.

The Royal Malaysia Police (PDRM) had earlier issued a schedule of interstate travel for four days beginning May 7 to enable people who were stranded due to the MCO to travel home.

Meanwhile, PLUS Malaysia Berhad chief of operations excellence, Mohd Yusuf Abdul Aziz said since the interstate travel began, traffic along highways under PLUS was smooth, with between 600,000 hingga 700,000 vehicles.– BERNAMA