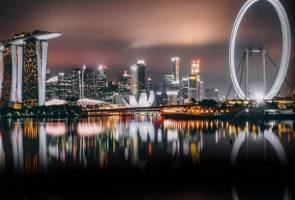 SINGAPORE: Singapore today announced its fourth budget known as the “Fortitude Budget” worth S$33 billion (about RM101 billion) for the next phase of its fight against COVID-19.

According to the republic’s Deputy Prime Minister and Finance Minister, Heng Swee Keat, jobs is the central focus of this supplementary budget.

Over four months, Singapore has tabled four budgets, the first of which was a normal annual budget, the S$10.9 billion Unity Budget, on Feb 18.

It was followed by the S$48 billion Resilience Budget on March 26 and S$5.1 billion Solidarity Budget on April 6, The latest budget brings the total close to S$100 billion.

Heng noted that the total dedicated amount was almost 20 per cent of Singapore’s Gross Domestic Product (GDP) to support the people in this crisis.

In the earlier Resilience and Solidarity Budgets, Heng said President Halimah Yacob gave approval to draw up to S$21 billion from the republic’s Past Reserves.

For the Fortitude Budget, the President, in consultation with the Council of Presidential Advisers, has given her in-principle support for a further draw of S$31 billion to fund the measures in this Budget.

“In total, we are looking at drawing up to S$52 billion of Past Reserves this financial year,” said Heng.

The minister also said an additional S$13 billion in the Contingencies Funds would be set aside.

“This is to allow the government to respond to any unforeseeable developments if the medical or economic situation deteriorates. We will do our best to avoid this, but we must be prepared for any eventuality,” he said.
– BERNAMA