Previous Next
Seven nabbed in “Op Samseng Jalanan” on DUKE 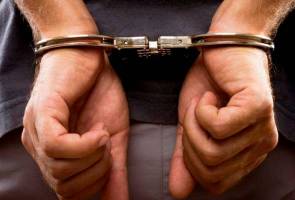 Kuala Lumpur Traffic Investigation and Enforcement Department Chief ACP Zulkefly Yahya said the men, aged between 14 and 27, were nabbed for riding their motorcycle in a dangerous manner, including for racing and performing the Superman and Zig Zag stunt.

“Initial investigation found three of them did not have valid licence, while the civil servant was arrested for doing the Superman stunt.

”Also arrested was a 19-year-old, who was previously arrested for performing the wheelie at the Merdeka Square. This time, he was caught doing the Superman stunt,” he said in a statement here today.

Zulkefly said checks also found that their motorcycles had been modified, including the engine to increase the speed.

All the suspects were brought to the Kuala Lumpur Traffic Police Headquarters and were investigated under Section 42(1) of the Road Transport Act 1987 for reckless and dangerous driving.