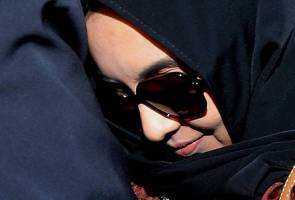 The 27th prosecution witness, former Cradle Fund human resources manager Natasya Aziaton Abdul Aziz, 35, said as of the end of her tenure with the firm last year, Samirah Muzaffar, who is also the first accused in Nazrin’s murder trial, had yet to submit any documents for the purpose.

“Until the middle of last year, no claim was made by Samirah. She also never asked how much compensation will be paid by the life insurance company following her husband’s death, and what percentage she will receive,” she said in response to a question from lawyer L.S Leonard before Justice Datuk Ab Karim Ab Rahman.

Natasya Aziaton, who joined Cradle Fund in 2014, said during her time with Cradle Fund since 2014, only one life insurance claim had been disbursed, while Nazrin’s was the first case involving senior staff.

She added that the insurance compensation expected to be received by Nazrin’s beneficiaries was about RM1.08 million.

According to Natasya Aziaton, the payment includes life insurance compensation amounting to RM500,000, accident insurance of RM503,000 and other benefits.

“Cradle Fund as the insurance policyholder, however, has not received payment from the insurance company because the required documents are yet to be furnished,” she said in response to a question from DPP Ashyraf Ashy’ari Kamaruzaman.

Samirah, 45, a former senior executive at the Intellectual Property Corporation of Malaysia, and two teenagers aged 17 and 14 have been charged with Nazrin’s murder along with Indonesian citizen Eka Wahyu Lestari, who is still at large.