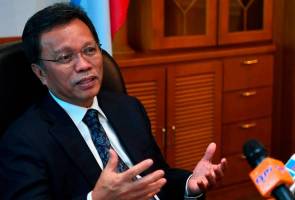 KOTA KINABALU: Sabah remains steadfast with its stance in not supporting the Perikatan Nasional government.

After six days of change in the Federal Government, the Sabah State Government today broke its silence in stating that they are now the opposition bloc.

“After almost 45 minutes (meeting with the leaders of Warisan-UPKO-DAP-PKR) we have made it clear that our position in the state of Sabah is that we will continue to support Tun M.

Mohd Shafie said cooperation with the Federal Government would continue in the interests of the people and the state.

He added that it included cooperation on negotiating the rights of Sabah and the Malaysia Agreement 1963 (MA63).

“We have to understand and we have to think in terms of Malaysia.

“Malaysia is not only formed in the Peninsula but also include Sabah and Sarawak, so there needs to be consultation on these rights,” he said.

A total of 42 State Assemblymen and 14 MPs from Sabah attended the meeting.