Previous Next
Royal Institution: Symbol of hope and unity 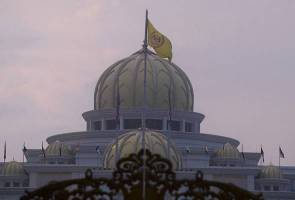 KUALA LUMPUR: The Royal Institution in this country is a symbol of hope and unity as it was not politically set up and is exempt from any political elements, said Senate President Tan Sri S A Vigneswaran.

He said this was one of the reasons which has enabled the Royal Institution to play an impartial role compared to political parties whose every decision is bound by the party’s sentiments and interests.

He said under the system of Constitutional Monarchy in this country, the Royal Institution still plays a role in various issues or areas as entrenched in the Constitution.

“During the political crisis which occurred at the end of February 2020, we witnessed the key role played by the Yang di-Pertuan Agong.

“It showed that the Yang di-Pertuan Agong and the Conference of Rulers is a very important pillar in this country,” he said in his speech to mark the end of his term as Senate President in Parliament here today.

Vigneswaran who was appointed Senate President on April 26, 2016 ended his term today.

“It is very clear that in many key areas, the authority of the Malay Rulers is needed to ensure political stability and the future of a plural society in the country,” he said.

Commenting on the agenda for the reformation of the Senate, Vigneswaran said they were necessary in order for the institution to attain its full potential and be given the powers to implement whatever needs to be implemented.

He said Parliament had created history with the formation of the Dewan Negara Caucus to revive the Parliamentary Services Act 1963.

“I believe the initiatives under the Parliament reformation agenda can be interpreted as enhancing the Parliament’s reputation as an institution which guards the interests of the public and upholds democratic values,” he said.

At the event today, Vigneswaran also launched a coffee table book titled “Prevailing Democracy in Malaysian Parliament,” on his term as Senate President.