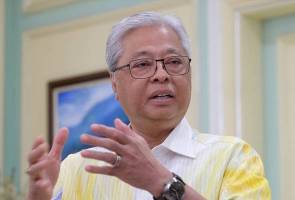 KUALA LUMPUR: The meeting of the Special Ministerial Committee on the Movement Control Order (MCO) has approved the standard operating procedures (SOPs) for Parliament sitting, taking into account the new normal in the fight against the COVID-19 pandemic.

“All those involved including MPs, government officials and media personnel need to register via  the MySejahtera app and have their body temperature screened before entering (the building).

“Only MPs and officials are allowed to enter the hall, while only media personnel and civil servants are allowed in the Parliament building,” he said in a statement today.

Meanwhile, he said the police also mounted 67 Op Benteng roadblocks nationwide and inspected 44,028 vehicles to curb the entry of illegal immigrants, especially along rat trails, which resulted in five arrests.

“The government will take stern action against anyone who tries to enter the country illegally and the border enforcement agencies will continue to step up border control, especially along rat trails,” he said.

Ismail Sabri said a public sanitation operation covering one zone in Melaka involving three members of the Fire and Rescue Department (JBPM) was carried out yesterday.

In another development, 1,146 Malaysians had returned home from Singapore, Indonesia, Japan, China, Qatar, Australia, the Netherlands, India and the United Kingdom yesterday.

“Of the total, 1,144 of them were ordered to undergo mandatory home quarantine while two others were taken to the hospital.

“Police conducted 1,083 SOP home quarantine compliance monitoring and found all of them complying with the SOP,” he said.

He added that 14 construction sites inspected by the Construction Industry Development Board (CIDB) failed to adhere to SOPs and were cautioned while 10 more were found not to be operating.

Ismail Sabri said the Ministry of Domestic Trade and Consumer Affairs (KPDNEHP) found that 1,664 premises were in compliance with the SOPs while 33 others were cautioned for not following them.