Previous Next
RMCO: Police patrols will be stationed on highways, main roads – IGP 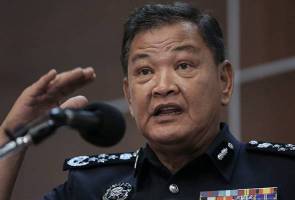 He said this was in line with the new assignments of the Royal Malaysian Police (PDRM) following the green light for inter-state travel starting Jun 10.

“The objectives of the monitoring are to detect traffic jams, drunk drivers, driving above speed limits and other offences.

“Therefore, although the Recovery Movement Control Order (RMCO) will come into force tomorrow with more flexibility granted, the PDRM will continue to monitor the public to ensure that they comply with the standard operating procedures (SOP) set,” he told Bernama today.

Abdul Hamid said people who were found to be non-compliant with the SOP could still be subjected to compound action during the RMCO.

“Yes, the compound will be imposed, in particular against those who violate the social distancing order,” he said.

In the meantime, he said the PDRM had also withdrawn roadblock duties throughout the country.

Abdul Hamid said several roadblocks would be maintained though to implement COVID-19 Op Benteng to curb the entry of illegal immigrants, other than SOP compliance monitoring teams.

He said the PDRM would co-operate with the Malaysian Armed Forces (ATM) for roadblocks under Op Benteng.

In a similar development, Bukit Aman Traffic Investigation and Enforcement Department director Datuk Azisman Alias said the department would continue to monitor traffic flows on the highways and that roadblocks would be implemented when appropriate and necessary.

Subsequently, police would  focus on SOP compliance in business premises and public areas, through a special task force monitoring the compliance of the RMCO in districts, involving the relevant agencies such as the ATM, the People’s Volunteer Corp (Rela) and the Civil Defence Force.