Previous Next
Residents break fast in floodwaters in Penang 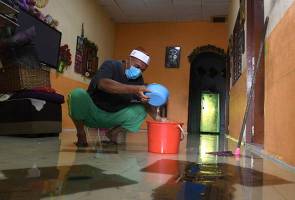 State Welfare, Caring Society and Environment Committee chairman Phee Boon Poh said the torrential downpour which began at 6 pm resulted in at least eight areas coming under water and police had to close several roads which were flooded as well.

He said the affected areas were under 0.1 to 0.5 metre of water and by 9 pm the water had subsided and no residents have to be evacuated.

He added that the situation was made worst by the high tide then.