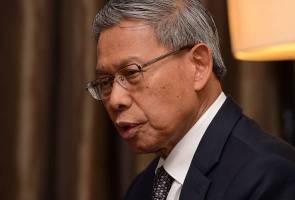 KUALA LUMPUR: Efforts to eradicate poverty and uplifting the standard of living of the people would remain as among the country’s main agenda, said the Minister in the Prime Minister’s Department (Economy) Datuk Seri Mustapa Mohamed.

Therefore, the government’s efforts and initiatives in achieving this objective will always be strengthened and intensified so that the development of the country can be felt by every citizen, in line with the goals of the Shared Prosperity Vision 2030.

The minister in a statement today said the national Poverty Line Income (PLI) was RM2,208 per month per household in 2019, compared to RM980 per month in 2016.

He said the decline in poverty rates clearly showed that programmes and initiatives undertaken by the government in support of various parties such as non-governmental organisations and the private sector have been successful.

From time to time, the government will improve poverty measurement methods by reviewing the PLI determination methodology to better reflects the spending pattern (consumption pattern) and current needs and demographics, in line with the progress achieved by the country since that year.

According to Mustapa, the study was conducted by the Economic Planning Unit, Prime Minister’s Department in collaboration with DOSM, Ministry of Health and several relevant ministries beginning from March 2019 until June 2020.

As a result of the review, the PLI determination methodology has been improved, where the concept of food PLI determination was streamlined from ‘minimum’ to ‘optimum minimum’, taking into account the quality of food basket items based on the Food Pyramid 2020 and the Malaysian Diet Guidelines 2020 in line with daily physical activity and healthy living.

In addition, for non-food PLI, the needs of the identified lowest 20 per cent income group (B20) have increased to 146 items from 106.

Mustapa said the study also took into consideration changes in household spending patterns, price of goods and services in 2019 as compared to 2005.

He said apart from using the PLI, the government also utilised multi-dimensional poverty measurement methods that emphasised aspects on improving the quality of life such as health, education, housing, living standards, access to information as well as monthly household income.

The minister also encouraged ministries, departments and government agencies including state governments to take note of the study, especially when planning their policy and programme as well as revising policies related to poverty eradication and social assistance in coming five months.

“This also relates to the preparation of the 12th Malaysian Plan 2021-2025 that would be tabled early next year,” he said.