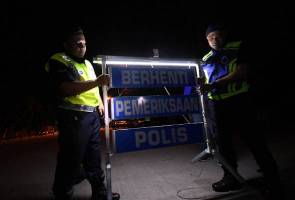 “During the MCO and CMCO period between March 18 and June 9 this year, 10,875 individuals were issued compounds.

“The offences committed leading to the compounds were violations of the MCO such as gathering during the Aidilfitri, interstate movement and others,” he said at a special press conference in Bukit Aman here today.

Huzir also advised the public to continue to comply with the standard operating procedures (SOP) and guidelines of the Recovery Movement Control Order (RCMO) implemented from today until Aug 31.

The RMCO, enforced today, meant that certain restrictions such as interstate travel were lifted and almost all social, educational, religious and business activities and the economic sectors would be back in operation in stages.