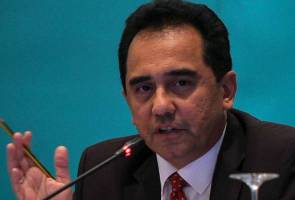 According to sources close to the matter, Wan Zulkiflee’s last day in office has yet to be decided.

However, Astro AWANI’s check with the Petronas website found that Wan Zulkiflee was still holding the posts.

Wan Zulkiflee joined Petronas in 1983 as a Process Engineer and this year marks his 37th year with the company.

Wan Zulkiflee’s contract with Petronas was renewed on April 1, 2018 for another three years until April 2021.

Thus, his resignation made him the CEO who resigned before his term expired.

He assumed the position of President and CEO on April 1, 2015.

For more than three decades, he had served as Managing Director and Chief Executive Officer of Petronas Gas Berhad from 2003 to 2007 and Vice President of Gas Business from 2006 to 2010.

In 2012, Wan Zulkiflee was appointed Chief Operating Officer of PETRONAS.

Astro AWANI is still trying to get confirmation from Petronas.