One in five adult Malaysians has diabetes – NHMS 2019

Previous Next
One in five adult Malaysians has diabetes – NHMS 2019 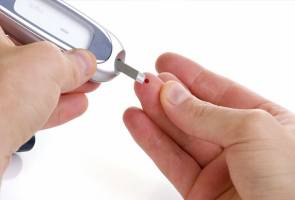 PUTRAJAYA: One in five adults or about 3.9 million people aged 18 years and above in Malaysia, suffer from diabetes, according to the 2019 National Health and Morbidity Survey (NHMS 2019).

Health Minister Datuk Seri Dr Adham Baba when presenting the findings at the Health Ministry here today said the diabetes prevalence in Malaysia has increased to 18.3 per cent, compared to only 13.4 per cent recorded in 2015.

“The rise in the number of diabetes cases in Malaysia is among the worrying findings in the NHMS 2019. About 49 per cent of diabetics in Malaysia have never been screened or diagnosed with the disease,” he said.

Dr Adham added that based on the survey, one in four adults aged 16 and above in Malaysia were not physically active, and about 50 per cent of adults were overweight.

He said that 95 per cent of adults in Malaysia also did not consume the recommended daily amount of vegetables and fruits.

Besides that, the NHMS 2019 also found that about half a million of people suffered from depression with the highest prevalence recorded in Putrajaya, Negeri Sembilan and Perlis.

Dr Adham said about 424,000 children were found to have mental problems which was mainly caused by interaction issues with peers, behavioral as well as emotional and hyperactive-related proplems.

“We want a healthy Malaysia,” he said, and advised Malaysians to be more responsible and concerned with their own health and encourage them to practice a healthy lifestyle.