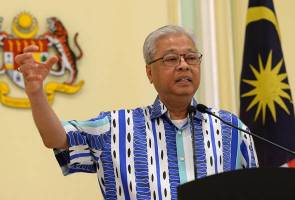 PUTRAJAYA: All public transport operators are not allowed to raise fares during the implementation of the Conditional Movement Control Order (CMCO).

Senior Minister (Security Cluster) Datuk Seri Ismail Sabri Yaakob said the decision was made in the Special Ministers’ Meeting on the implementation of the CMCO.

“The meeting today decided not to allow public transport operators to raise fares even though the standard operating procedure (SOP) was set to allow only 50 per cent use of passenger capacity,” he said at a press conference here on Thursday.

In another development, Ismail Sabri, who is also Minister of Defence, said an application for an interstate trip for long-distance spouses could be made from today.

“The meeting has agreed to authorize interstate movements to meet their families (on a regular basis) once a week.

“However, those who wish to do so must report to the nearest police station,” he said.

Ismail Sabri said the meeting had also agreed to allow services related to animal welfare, including equestrian centres to operate.

He explained the permission is to ensure the welfare of the animals including the feeding and cleaning of the enclosure.