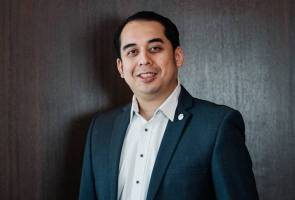 This was after High Court judge Datuk Ahmad Zaidi Ibrahim today allowed the IRB’s application for summary judgment to be entered against Mohd Nazifuddin.

A summary judgment is where the court decides on a certain case through arguments without hearing witness statements in a trial.

Justice Ahmad Zaidi ruled, among others, that the IRB as the plaintiff had proven that its claim was clear and obvious while the defendant (Mohd Nazifuddin) failed to show merits in his statement of defence.

The IRB via the Malaysian government filed the writ of summons against Mohd Nazifuddin, 37, on July 24, last year, claiming that he still had unpaid taxes for the assessment years from 2011 to 2017 as stated in the assessment notice dated March 15, 2019.

In his judgment, Ahmad Zaidi said based on the legal suit, the tax assessment notice had been sent to the defendant through his representative, following which the defendant made an appeal to the special tribunal against the amount.

However, the judge said despite the appeal, the IRB had the power to proceed with civil action in court.

He said the court also took into consideration, the defendant’s defence and found that the issues with regard to the procedure were not clearly raised.

“On the procedure and technicalities, I agree with the plaintiff’s argument, especially on the tax assessment, that the defence could challenge it before the tribunal’s commissioner. They could also take court action through a judicial review application.

“Based on the facts, the court finds that the case is clear and obvious to allow for a summary judgment with costs,” he said.

The judge then ordered the defendant to pay RM1,000 in costs to the plaintiff.

Outside the court, lawyer Muhammad Farhan Muhammad Shafee, representing Mohd Nazifuddin, told reporters that the defence would file an application to stay the judgment and to appeal against the court’s decision to the Court of Appeal.

In its statement of claim, the IRB said Mohd Nazifuddin had failed to pay taxes for seven years (‪2011-2017‬), which he should have settled within 30 days from the date of the assessment notice, as required under Section 103 of the Income Tax Act 1967, thus causing an additional payment of 10 per cent.

The plaintiff claimed that the defendant still failed to pay up within 60 days in accordance with the Act, and an increase of five per cent compound was imposed, bringing the total amount to RM37,644,810.73.

The government is thus seeking a payment of RM37,644,810.73 with annual interest at five per cent from the date of judgment until full settlement, costs and other relief deemed fit by the court.