Previous Next
NADMA, APM cooperation needs to be strengthened – Minister 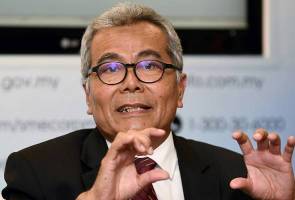 He said this to ensure the implementation of disaster relief efforts to the people could be accelerated as NADMA needed the APM to help cope with any kind of disaster in the country.

“NADMA has no personnel at the grassroots level, just managing disasters from the centre.

“Therefore, I expect APM district officers and personnel to contact NADMA to exchange information related to the disaster,” he told reporters at a meeting with Sabah APM personnel here.

In the meantime, he said, currently there was a discussion on the plan for asset and personnel management system by NADMA.

Mohd Redzuan also presented various awards including 2019 outstanding service awards, as well as letters of appointment to honorary officers in the state.