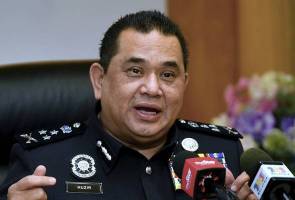 Without disclosing further details, Huzir said the investigation into the case involved all aspects.

“The results of the autopsy have yet to be determined and further investigations are still underway,” he said during a special press conference in Bukit Aman here today.

Earlier, the media reported that police arrested seven men, including a Bangladeshi man, to assist in the investigation of the kidnapping of the ‘Datuk Seri’, which eventually led to the discovery of the latter’s body.

The victim was believed to have been abducted while exercising at a playground in Jalan Persiaran Perdana, Bandar Sri Damansara, Petaling Jaya, at 10.30 am on June 10.

Meanwhile, Huzir said the police had detained three more male suspects to assist with investigations into the alleged rape of a Nigerian woman.

On June 4, police arrested a male suspect at a home in Cheras.