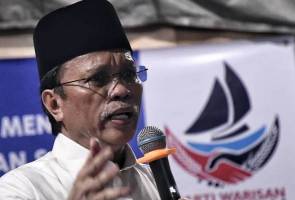 In a statement signed by Amanah president Mohamad Sabu and DAP secretary-general Lim Guan Eng, they said it was a new option to bring Putrajaya back to the coalition of Pakatan Harapan and Warisan as achieved in the 14th General Election (GE14).

However, they said the proposal would need to be discussed at the Amanah and DAP central leadership level first.

“It will then be taken to the Pakatan Harapan Presidential Council meeting to be decided together,” they added.