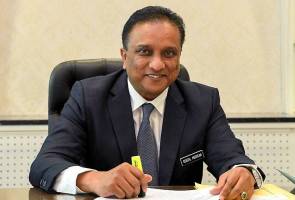 KUALA LUMPUR: A total of 5,000 face masks and disinfectants were being distributed free of charge to those working in the short-term or freelance labour market (gig economy).

Youth and Sports (KBS) Minister Datuk Reezal Merican Naina Merican said the distributions were being made at four different locations from 9am to 4pm today.

“KBS is proactive in assisting those working in the gig economy such as food distributors, GrabFood and foodpanda, following the enforcement of the Movement Control Order (MCO) until April 14. We must assist these frontliners.

“The distribution centres are at the KBS Tower in Putrajaya, Youth and Sports Complex in Kampung Pandan, Kuala Lumpur, Negeri Sembilan Youth and Sports Department in Paroi, as well as at Spacerubix in Puchong, Selangor,” he said in a statement on his Twitter account.