Previous Next
Is death sentence OK for faulty drunken drivers? 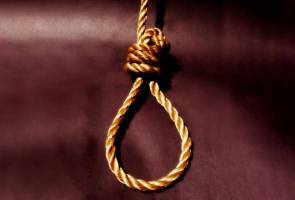 THE rise in the fatal accidents makes us feel that being on the roads is no longer safe and haunting as if the roads are cursed with black-magical spells.

If I were the anointed transport minister, the first thing I would do after the first day’s handshake ceremony is reviewing the present road transport related laws, which I would propose that any drunk driver—public passenger vehicle or private car driver, who is found guilty of causing a fatal road accident, will be sentenced to death.

Making death sentence as a law against drunk drivers should not be prejudged as an inhumane punishment.

Instead, it should be vehemently lauded as such a law could be humanising insane drivers who may think that killing people in a ‘road accident’ is sinless but a thing of the past that can’t be reversed.

The death sentence could be made an additional provision to the current road transport law that presently seems to be odourless to the offenders who happily survived from even being jailed.

I have been believing that an absence of fierce provisions of the existing law in punishing alcoholic drivers is the prime reason why drunk driving has been seen as a forgivable fault.

As some recommend, drinking alcoholic drinks in public must be made unlawful as smoking at food places.

Agree or not, prohibiting no business premises, be they restaurant or bar or karaoke club, from openly serving beers and other alcoholic drinks has been the unnoticed factor behind the rise of the drunk devils on the roads.

When an alcoholic drink is openly sold like chocolate ice cream, we cannot just make a wish from a distance that only sober customers would buy and drink it at home over Korean dramas.

Plus, there’s no way for a convenience store’s cashier to stop a seemingly drunk man from buying bottles of beer, unless he is the cashier’s bloodline.

And even food shop owners have no time to check on every table with cartons of alcoholic drinks on it and parentally remind customers to not overly drink them if driving home is what they will do after they are done with the opened bottles.

What would happen to customers after they walk out of an entertainment premise doesn’t matter to the operator as long as its services are paid.

But to innocent road users, their life really matters to their loved ones.

But without the government making the current law stricter, stopping drunk drivers from murdering more innocent lives on the roads will be as pointless as cycling from Langkawi to London.

If countries like Taiwan dare to hang drunk drivers to death, what doubts the government from really implementing the same law?

Road Transport Act 1987 must now be instantly reviewed with stricter punishments, like the suggested death sentence, being installed into it.

What else can make humans human besides a “scary punishment”.