Inquest on Nora Anne to begin on Aug 24

Previous Next
Inquest on Nora Anne to begin on Aug 24 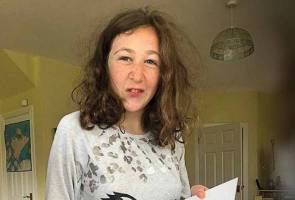 Coroner Maimoonah Aid, who fixed the dates, said the proceeding would be for two weeks until Sept 4.

She also set Aug 13 for visit to the location of the incident.

The court will call 64 of the 102 witnesses submitted by the inquest coordinating officer Muhamad Iskandar Ahmad, with Nilai district police chief Supt Mohd Nor Marzukee Besar to be the first witness.

Lawyer Datuk Sankara Nair, representing Nora Anne’s family, proposed to the court to call a forensic doctor who did a second post mortem on Nora Anne, which was conducted in the United kingdom, to also be called as a witness in the inquest.

Coroner Maimoonah also allowed the inquest to be made accessible through video conferencing facilities such as zoom to enable Nora Anne’s family members in the UK to also follow the proceeding.

“However, it will be a problem to have the proceeding completely in English as most of the witnesses will speak Bahasa Malaysia and I will remain (speaking) in Bahasa Malaysia,” she said.

She agreed with Muhamad Iskandar, who suggested Nora Anne’s family in the UK to seek the help of Malaysian students there to help them understand the inquest proceedings.

Meanwhile, Sankara, when met by reporters later, said he would forward the suggestion to his client.

Nora Anne went missing on Aug 4, a day she and her parents arrived in Malaysia for a two-week holiday at a resort in Pantai, here.

Her body was found on Aug 13 near a stream in a hilly area, about 2.5 km from the rainforest resort, following a massive search.

The post-mortem report stated that there was no criminal element in the death of Nora Anne and it was established that she died due to gastrointestinal bleeding from hunger and stress over a prolonged period.