Increase majority in Dewan Rakyat to stabilize the government

Previous Next
Increase majority in Dewan Rakyat to stabilize the government 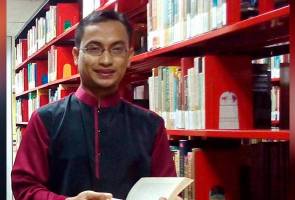 He is of the view that the matter should be studied to ensure that the ruling government has a stable number of support in a Parliamentary meeting.

The incident of the razor-thin two-vote majority in favour of the government on Monday clearly showed that the existing majority needs to be increased, at least to 120 in the 222-member Dewan Rakyat.

“If we look at it, the Malaysian system and politics are based on a simple majority. If today we still continue the practice without reforming it, when such a situation occurs in the future, the government may change at any time except for the strong principles among members of Parliament.

“If as many as five is a simple majority, three is also a simple majority, but it must be drafted by the Federal Constitution which sets the rules, that in forming the government there must be a large majority,” he said when contacted by Astro AWANI today.

The process of determining the change of the Speaker yesterday saw 111 MPs in support while 109 were against.

It also raised the perception that the Perikatan Nasional government led by Prime Minister, Tan Sri Muhyiddin Yassin would have problems in obtaining support regarding the process of approving motions or bills in the future.

“But for now, the most appropriate thing is to convince MPs from outside the Perikatan Nasional through policies or implementation to deal with the COVID19 epidemic for example.