Hotel closure: What will happen to the workers?

Previous Next
Hotel closure: What will happen to the workers? 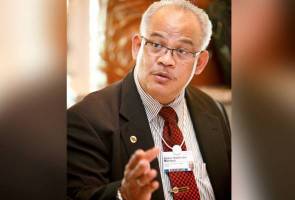 KUALA LUMPUR: The outbreak of COVID-19 saw one hotel after another closing down business, leading to thousands, or even tens of thousands, of hotel employees with no source of income.

Malaysian Trades Union Congress (MTUC) president Datuk Abdul Halim Mansor said, hotel workers are the worst affected by the COVID-19 pandemic, with some forced to go on leave, take unpaid leave or pay cut and there are those who were laid off.

According to him, there are over 30,000 employees in the country’s hotel who lost their job, more than 10,000 people have been forced  to take unpaid leave and  pay cut for more than 6,000 others because of the COVID-19 pandemic.

“From March 18 to May 27, MTUC,  itself through its COVID-19 Helpdesk received 678 complaints from the hotel sector, including for a pay cut, involving 383 cases, dismissal (186), forced leave (37), forced to take unpaid leave (54),  and 17 cases in connection with the enforcement of the Movement Control Order,” he told Bernama.

Asked what can be done to ensure the survival of these former hotel employees, he said, it is to end the country’s dependence on foreign workers by giving priority to the local people to fill job vacancies.

Abdul Halim, who is also GiatMara chairman, suggested the former hotel workers to register for skills courses at GiatMara or other colleges to learn other skills so that they could change their profession, like becoming entrepreneurs.

“The government has to find a way to help hotel workers as well as others in the industry to help and protect the country’s human capital,” he added.

He said the government should formulate a master plan to ensure the sustainability of the hotel industry by having a short-term plan which should include promoting domestic tourism to help boost hotel bookings.

Meanwhile, National Union of Hotel, Bar and Restaurant Workers Peninsular Malaysia secretary-general Rosli Affandi said it would be better if the government could provide those who were laid off with small business permit to help them start a new life.

“These hotel workers had been in the industry for a long time and may find it difficult to find jobs in other fields … with the business licence, they can operate their own business to earn income to pay off their  loans, as well as their children’s education fees and most importantly, start a new life.

“They have been ambassadors who introduced Malaysia to the world through first impressions when guests stayed at the hotel where they worked,” he added.

He said about 400 union members out of a total of 8,000 registered members were affected by the closure of three hotels in Melaka and one in Petaling Jaya.

“We do not know the actual number of those who are affected because many hotel workers are not union workers. There are also many hotels that do not have a trade union,” he added.

Rusli said it would be difficult to revive the hotel industry due to the restricted travel for foreigners to enter the country, and also domestic travel for locals.

Meanwhile, a hotel worker in Langkawi who wanted to be known as Fatin Shuhada, 25, said she was asked by her employer to take unpaid leave through a WhatsApp message, with the letter only sent to her two months after that.

She was the front office assistant at the hotel and started work there in August last year.

“I was ordered to take unpaid leave until the hotel is back in business… but the human resources department told me to not have high hopes because there is a possibility that the hotel will not survive.

“I have no backup plan yet. I want to look for a job but it is very difficult in Langkawi because the major source of income is in the tourism field, which is in a very bad state now,” she added.