Previous Next
Government urged to extend ERP assistance until year-end 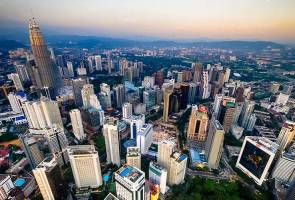 KUALA LUMPUR: The government has been urged to extend the Employment Retention Program (ERP) at least until the end of the year to assist employers and workers affected by the COVID-19 outbreak.

President of the Digital Chamber of Commerce of Malaysia, Chris Daniel Wong, said economists predict the country’s Gross Domestic Product (GDP) to be at -1.7 per cent this year.

“Looking at the level of the economy in the first quarter, GDP fell 0.7 per cent as compared to the same period last year while the second quarter (GDP) is also expected to be negative,” he said in an Astro AWANI interview via Skype here on Wednesday.

Looking at the landscape, Chris said the economic market did not have a strong cash flow or slow.

“When the cash flow in the market is affected, it will have a direct impact on the source of income of employers which is ultimately passed down to the employees,” he said.

Following that, he urged the government to extend the ERP assistance at least until the end of the year.

In the meantime, the President of the Malay Chamber of Commerce Malaysia (DPMM) and Chairman of the Malay Economic Action Council (MTEM), Abdul Halim Husin in an interview via Skype also shared the same view.

He said the Movement Control Order (MCO) was initially expected to be only for a month and its extension was burdensome for the entrepreneurs and traders.

“I also hope the amount of ERP assistance can be increased and extended to nine months.

“This is because RM600 is too small to accommodate a family in the current situation,” he said.

Abdul Halim also expressed concern over the situation and if it continued, then the three months’ assistance would not be enough.

“This assistance is vital for us to survive the economic downturn that is expected to worsen in the future,” he said.