GE15: Are Perikatan Nasional and Pakatan Harapan ready for it?

Previous Next
GE15: Are Perikatan Nasional and Pakatan Harapan ready for it? 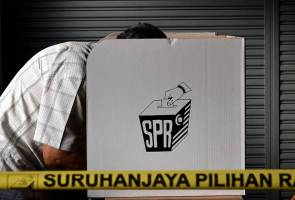 The general election is the best way to resolve the political uncertainty that has plagued the country, said University of Malaya political analyst Dr Mohammad Tawfik Yaakub.

However, he said both the Perikatan Nasional (PN) and Pakatan Harapan (PH) had issues that needed to be resolved immediately before thinking of winning the people’s hearts.

He gave an example of PN that was not yet a legally registered political entity, which was likely to create confusion among the people.

“To face each other in the next general election, which coalition is the people going to choose?

“There are now three coalitions, the Barisan Nasional, Muafakat Nasional and Perikatan Nasional.

“People are still confused on how to create an image of the three combined to become one through the cooperation of these three Malay political parties.

“They need to rebrand their image so that the people can know more clearly from now, how to vote for them based on their spirit and the sentiment of a clear manifesto to vote in the general election,” he said when contacted by Astro AWANI today.

As for PH, Dr Mohammad Tawfik said the issue of choosing a prime minister was not something that should not be hastened, as it was also one of the factors why the people would vote for them again.

“If we look at it today, Pakatan Harapan is still looking for who the next prime minister will be. As such, the internal squabbles in Pakatan Harapan could not be resolved quickly which the media is quick to capitalise on.

“This has caused the people to be fed up with Pakatan Harapan and ultimately could lead them to choose new alternatives, perhaps in the official alliance of Perikatan Nasional,” he added.

Talks about the possibility of an imminent general election comes after a number of media reports that political parties have begun preparing their election machinery in facing the democratic process.

Meanwhile, Dr Mohammad Tawfik explained that in the general election, if held, the people would still choose the ones they think fit their political appetite.

He said what was important now is how PN and PH each manage the sentiments and perceptions towards their political affiliations.

“Actually what can be considered in an election is perception. If the people’s perception is successfully dealt with by any party, then I am convinced that the group that addresses the perception, which manages to control and influence the majority’s thinking, has the opportunity to form the government,” he added.