Cradle Fund: Accused did not deem it necessary to inform family regarding Nazrins death – Witness

Previous Next
Cradle Fund: Accused did not deem it necessary to inform family regarding Nazrins death – Witness 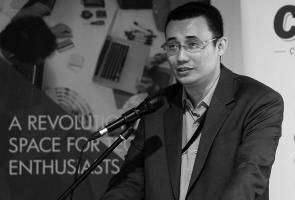 SHAH ALAM: The High Court here was told today that the first accused in the murder case of Cradle Fund chief executive officer Nazrin Hassan did not deem it necessary to inform Nazrin’s immediate family regarding the victim’s demise.

The 24th prosecution witness, fireman Abdul Malek Mat Dui, 45, told the court that the accused, Samirah Muzaffar, who is also the wife of the victim, had said this to him when he asked her whether she had contacted the other family members at the scene of the incident.

“When I arrived at the victim’s (Nazrin) house, I saw policemen downstairs near the main door of the house. There were also civilians near the police, besides firefighters from the Damansara Fire Station.

He said another fireman, whom he did not recognise, gave him a mobile phone which was in a wet condition, to be handed back to Samirah.

Abdul Malek said he subsequently failed to turn on the phone because it was wet, so he removed the sim card from the phone for it to be used with another device.

“I then asked the victim’s wife to insert the sim card into another phone which could be used to inform the victim’s family members,” he said when asked by DPP Mohd Asnawi Abu Hanipah on why he had removed the sim card from the phone.

Samirah, 45, a former senior executive at the Intellectual Property Corporation of Malaysia, and two teenagers, aged 17 and 14, have been charged along with Indonesian citizen Eka Wahyu Lestari, who is still at large, with Nazrin’s murder.