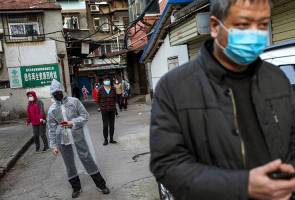 BEIJING: The Chinese city of Wuhan where the virus at the heart of the global pandemic was first detected has recorded a second consecutive day with no new confirmed or suspected cases.

Nationwide, a total of 39 cases were recorded Friday, the health ministry said, all of them brought from overseas. Three more deaths were also registered, bringing China’s total to 3,248, a figure surpassed on Thursday by Italy as the highest in a single nation.

China still leads in overall cases, with 80,967, more than 71,000 of whom have been declared healthy and sent home.

China has loosened some travel restrictions in Hubei, the province surrounding Wuhan, although its provincial border remains closed and Wuhan itself remains under lockdown. Officials say they will only lift the quarantine after Wuhan goes 14 consecutive days with no new case.