COVID-19: Use cash is king approach to save the countrys economy – Najib

Previous Next
COVID-19: Use cash is king approach to save the countrys economy – Najib 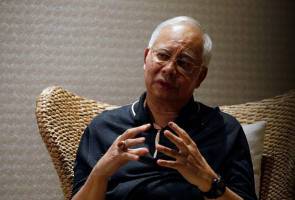 KUALA LUMPUR: Former Prime Minister Datuk Seri Najib Razak has urged the Perikatan Nasional (PN) government to adopt the “cash is king” approach as many other countries have used it to save the country’s economy in the wake of the COVID-19 crisis.

“One after another the countries in the world are using the “cash is king “approach to save their economies from the COVID crisis.

“We also hope the PN government will use the same approach on the largest scale possible in today’s additional economic stimulus package to ensure the survival of the people and the economy is safeguarded in a state of crisis today.

“And this aid must be expedited,” he wrote on his Facebook page.

He also quoted a report in The Edge on February 27 that mentioned former Prime Minister Tun Dr Mahathir Mohamad has said Malaysia could utilise its RM2 trillion savings to further stimulate the economy.

He said the government should not worry about using the country’s reserves and could rebuild the country’s wealth after the COVID-19 crisis ended.

“This is the true meaning of ‘cash is king’ that has been debunked and ridiculed by PH (Pakatan Harapan) repeatedly before GE14.

“I have tried explaining but he didn’t want to understand or pretended he didn’t. Instead, he ridiculed (the idea),” he added.

Najib also hoped that the PN government would use its existing reserves and resources to the fullest and at the largest scale immediately to rescue the country from the COVID-19 crisis.

Prime Minister Tan Sri Muhyiddin Yassin is expected to announce a comprehensive economic package this afternoon (3 pm) to help the people in the wake of the COVID-19 crisis.