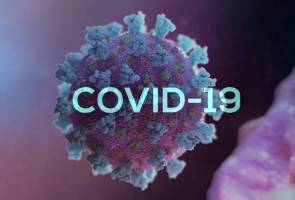 PUTRAJAYA: The number of new COVID-19 cases in Malaysia returned to a single-digit figure today, with just six infections reported, bringing the total number of positive cases to 8,535, while a new cluster was detected in Kidurong near Bintulu, Sarawak.

Health director-general Datuk Dr Noor Hisham Abdullah said 70 patients have recovered and were allowed to be discharged today, bringing the cumulative figure to 8,070 cases or 94.6 per cent of the total cases.

“The total number of active COVID-19 cases with infectivity is 344. The cases have been isolated for treatment,” he told a daily media conference on COVID-19 here today.

According to Dr Noor Hisham, of the six new cases reported today, two were imported cases involving a Malaysian and a non-citizen permanent resident, who contracted the virus while overseas.

As there was no COVID-19 related death reported today, he said the cumulative death toll remained at 121 or 1.42 per cent of the total number of cases.

He said the index case is a student of a public higher learning institution (IPTA) who was positively identified on June 12.

“A friend of the student’s father was also found to be COVID-19 positive, giving rise to a new cluster in Kidurong,” he said.

Following investigations and close contact tracing, 231 people have been identified.

Of the total, 163 have been screened but all were found negative, Dr Noor Hisham said, adding that the source of transmission is being investigated.