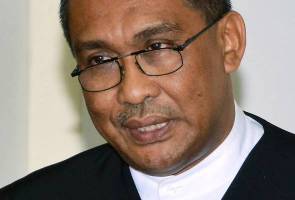 KUALA LUMPUR: The government is formulating a law on temporary implementation measures to ease the effects of the COVID-19 outbreak, as well as restore the country’s economy.

Minister in the Prime Minister’s Department (Parliament and Law) Datuk Takiyuddin Hassan in a statement today, said the cabinet at its meeting on April 29 and May 20 had agreed with the proposal to formulate the new law which would involve amendments to certain provisions in existing laws.

“The formulation of the Bill is the government’s commitment to minimise the impact of COVID-19 pandemic on the economy, people and industries.

“With this Bill, the government is confident that the post-COVID-19 impact will be handled effectively and efficiently,” he said.

Takiyuddin said all ministries have been requested to identify the acts to be amended and to present them in a special meeting to be chaired by him on May 28.

“The Legal Affairs Division of the Prime Minister’s Department will act as the coordinator in the formulation of this bill. The outcome of the discussions and engagement with the ministries and implementing agencies, including the Chief Strategy Officer as well as non-governmental organisations will be presented to the Attorney-General’s Chambers for proposed tabling i n the Parliament this July,” he said.

Takiyuddin said formulation of the Bill is a temporary relief to prevail over any allocations that are not in line with the relevant acts during the prescribed period.

“Therefore, every proposal to be included in the Bill should be due to the effects of the COVID-19 pandemic and that have an impact on businesses, firms including Small and Medium Enterprises as well as the people in general,” he said.