COVID-19 demonstrates the harm of exclusion to healthcare; Msia should repeal Health Circular 10/2001

Previous Next
COVID-19 demonstrates the harm of exclusion to healthcare; Msia should repeal Health Circular 10/2001 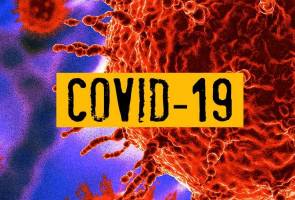 IF the government wants to create more trust among refugee and migrant communities to come forward and get screened for COVID-19, they should officially repeal Circular 10/2001, under which healthcare providers are obliged to report “illegal immigrants” (pendatang asing tanpa izin, or PATI) seeking healthcare services to the police and immigration authorities.

In recent weeks, the government introduced additional measures to contain the COVID-19 outbreak in Malaysia. Of particular concern were those who joined the tabligh gathering at Sri Petaling Mosque in February. The meeting was attended by thousands, including several hundred refugees and migrants, some without legal documents. The government has urged everyone to be screened. Even if many amongst the refugee and migrant communities have come forward, they faced serious barriers.

The government’s decision to ensure free access to COVID-19 testing for all is a move in the right direction. Asylum seekers are normally required to pay the much higher “foreigner rates” for healthcare. A 50% discount for documented refugees is still based on these foreigner rates. Refugees and asylum-seekers however also live with a constant fear of being arrested and detained. This fear exists at home and in the street – as immigration raids are frequent- but even at health care facilities.

This fear is not unfounded. Undocumented migrants have been living under a constant threat of arrest when visiting healthcare facilities since Circular 10/2001 was first put in place almost 20 years ago. As a medical humanitarian organisation providing healthcare to refugees and vulnerable populations, Médecins Sans Frontières (MSF) has witnessed how the fear of being reported to Immigration services has deterred many patients from seeking proper, timely treatment. In the primary healthcare clinic in Penang supported by MSF, patients from the Rohingya and other refugee communities also report leaving hospitals or absconding during treatment after being threatened of arrest.

An analysis conducted by MSF in Penang between May and December 2017 found that more than 20% of the people MSF referred to UNHCR for assessment of their asylum claim, had been refused admission or registration at a healthcare facility in whole or in part on the basis of their immigration status. Several patients reportedly were arrested from health care facilities and detained. One patient was arrested and detained for two months, when she went to register her pregnancy at a government clinic in her final trimester. MSF continues to encounter patients with life-threatening conditions who report delays seeking treatment due to a fear of being reported to Immigration services. In 2018 this included 3 people with suspected TB.

It’s commendable that the announcement by Defense and Senior Minister Dato’ Sri Ismail Sabri on 22 March confirmed a government agreement neither to look into legal status nor take any action for being in the country without legal status during COVID-19 screening. However, the fact that these statements are so strongly linked to the tabligh gathering make it unclear for those individuals not linked to the event.

MSF therefore calls for an unequivocal repeal of Circular 10/2001 by the Ministry of Health. This is also the right time for other concerned ministries and government agencies, such as the Home Ministry, National Security Council and Immigration Department, to express the political will to support this initiative. The challenge Malaysia now faces in achieving better contact tracing during the COVID-19 outbreak clearly illustrates the negative impact of no separation between access to medical care and Immigration services. Repealing Circular 10/ 2001 will allow health care providers to practice their professional and ethical obligation: provide medical care to patients in need, regardless of immigration status.

A repeal of Circular 10/ 2001 would send a clear message that everyone should have access to healthcare. Such a move could help to prevent similar delays in healthcare-seeking in the future, ensuring effective public health for the entire population. Malaysia has a robust health care system. That a 20-year-old policy limits access to essential care and negatively impacts on public health measures by marginalising vulnerable groups is harmful and must change.

COVID-19 shows us that policies of social exclusion and limited access to health care can impact society as a whole. In order to remove the remaining barriers to health care, therefore, next steps should include access to a subsidized health insurance and a legal status for asylumseekers in Malaysian law, which exempts them from the Immigration Act.

* Beatrice Lau is the Head of Mission for MSF in Malaysia.