A place for those who feel they do not belong 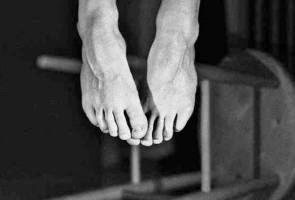 LAST May 2018, while I was at Santorini, I walked to a Byzantine castle ruin and went to the ledge. It was unstable and looked like it would give way at any time. It was a sheer drop on the other side.

I was entertaining the idea, would I escape unscathed if the ledge gave way. An errant shoelace trip of life, flashed by.

Then I heard a voice call to me, “Be careful”. I turned and saw him. He gestured for me to move away from the edge. I didn’t know him and he had no idea that he had saved me in more ways than one that day. I don’t think my thoughts on that clifftop was suicidal but they were certainly morbid.

I’m sure whether you’d like to admit it or not, some of us have had feelings like this pass through our minds. You need to speak to someone about them…

The World Health Organisation (WHO) states over 800,000 deaths by suicide, which equates to one every 40 seconds. Yes, the statistics are very dark. On the home front, the Health Ministry’s National Health and Morbidity Study found that suicide among teenagers aged 13 to 17 is on an upward trend.

WHO lists suicide as one of the top 10 causes of death in the world, and the second leading cause of death for people aged 15-29 years old, which unfortunately also encompasses students of higher learning.

Yes, the problem is real. So is the feeling of being anxious, stressed, depressed, helplessness and the struggle to the point of unbearable despair and hopelessness. Because for every victim, the estimation of 20 family members and close friends that will also experience deep emotional, social and economic impact.

The Health Ministry’s National Health and Morbidity Study also mentions that one in three Malaysians are experiencing mental health problems. Because the sheer scale of the problem, now there is a call for everyone to be part of the prevention and the solution to decrease suicides.

I was chatting to Justin Victor, the Chairman of Befrienders who is also a work colleague, and I asked him about the warning signs. He gave me a general list but also said that different people show different signs so there is difficulty in pin-pointing what are the specific signs.

Suicide does occur with warning. People who talk about suicide are just trying to get attention so they can get help, in time.

Feeling suicidal usually means you are mentally ill and this cannot be ignored. It is real and cannot be just swept under the carpet. It needs to be addressed because when people who are suicidal feel better, they are no longer suicidal.

So we need to take the time to listen to them. We just need to respond in a friendly manner with unconditional acceptance. This is my current preoccupation with a student that I have. I carve out time to just listen to his frustrations, anxieties and sense of loss in his moments of depression. We talk over coffee and curry-puffs and occasionally with a box of tissues.

Messages and phone calls are norm between us.

You might be asking the most legitimate question at this point, “What does she know about all this?” You’re right! I might know much but I do understand one thing. I recognise what it feels like to be in a dark place and not being able to get out of it.

I comprehend the sense of loss and the hopelessness of not being able to change things and I fathom the frustrations when you feel you don’t have a choice but to endure the pain and go on.

So educate yourself and others about the causes and warning signs for suicide. Victor also mentioned that there is a stigma associated with suicide, suicidal behaviour and mental health problems but it is OK and good to seek professional mental health care.

Talking about it won’t “cause” anyone to be suicidal; instead it gives them relief that they are allowed to let it out, and that they are taken seriously.