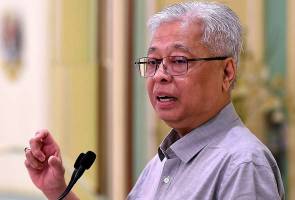 “Some of the offences committed against the RMCO directives include reflexology or massage activities (10 persons) and activities that make it difficult to maintain social distancing (38 people),” he said in a statement today.

According to him, 67,004 inspections were carried out by the PDRM task force yesterday to monitor and enforce compliance with standard operating procedure (SOP) under the RMCO.

“‘Ops Benteng’ comprising the Malaysian Armed Forces, PDRM, Malaysian Maritime Enforcement Agency (MMEA) and the Malaysian Border Security Agency (AKSEM) are involved in the integrated control of the country’s borders to prevent entry of illegals and prevent cross-border crimes as well as to control the spread of COVID-19.

“The government will take stern action against anyone trying to enter the country illegally and enforcement agencies will continue to tighten border controls, especially in rat alleys,” he said.

In addition, he said, 281 Malaysians had returned to the country yesterday via the Kuala Lumpur International Airport (KLIA) from Singapore, the United Arab Emirates, China, Brunei, Pakistan, Vietnam and Hong Kong.

According to Ismail Sabri, of the total 278 individuals were ordered to undergo mandatory quarantine at their respective homes while three others were taken to hospital.

He also said that from June 10 to 18, the Health Ministry had screened 6,719 individuals at all the nation’s entry points.

“Of the total, 6,696 individuals tested negative for COVID-19 and are undergoing mandatory quarantine in their homes.

“Twenty-two other individuals tested positive and were sent to the hospital, while another individual was still awaiting screening results,” he said.

Ismail Sabri said the checks found 2,247 premises to be in compliance with the SOPs and 36 premises were given advice, while the four premises were issued warnings.

“The cumulative number of SOP-compliant construction sites as of yesterday was 2,173 sites and 419 sites not in compliance with SOPs were given warnings.

“The CIDB enforcement team also ordered 19 construction sites to close for not complying with the SOPs,” he said.